Foaad Khosmood graduated from Cal Poly in 1999 with a degree in computer engineering. He went on to earn a master’s degree and is now rounding out a PhD at University of California Santa Cruz. He’s writing a thesis on language processing and artificial intelligence, basically “believability in artificial characters.” UCSC was the first school to create a game-development degree, Khosmood said, and other public universities have since slowly been creating their own programs, too.

Out of 10 schools in the UC system, five have game programs, according to gamecareerguide.com. But of the 23 California state schools, there are only four. Cal Poly is listed as one such school because of its computer-engineering program.

“A lot of students come into computer science, for example, thinking that they want to be computer scientists, but it lacks a lot of excitement for them,” Khosmood said.

Khosmood organized the first UCSC location of the Global Game Jam in the inaugural 2009 year. This year, as part of the leadership board, he helped bring Cal Poly into the jam. Last year there were 23 participating countries and this year there were Game Jams held in 35.

Despite the quick-burn development style of the Game Jam, there have been intriguing ideas, Khosmood said. There was 4 Minutes 33 Seconds of Uniqueness, based on a silent orchestral piece called Four Minutes, Thirty-Three Seconds. The game pits player versus player on a global scale and all the player can do is log in, which starts a timer. If another player logs in, the previous player’s timer stops and the new player starts clicking away in hopes of reaching four minutes 33 seconds before getting knocked out.

“This sort of proves that the kind of thing that can come out of an event like Global Game Jam can be really ground breaking even though you’re lacking a lot of the big tools,” Khosmood said. 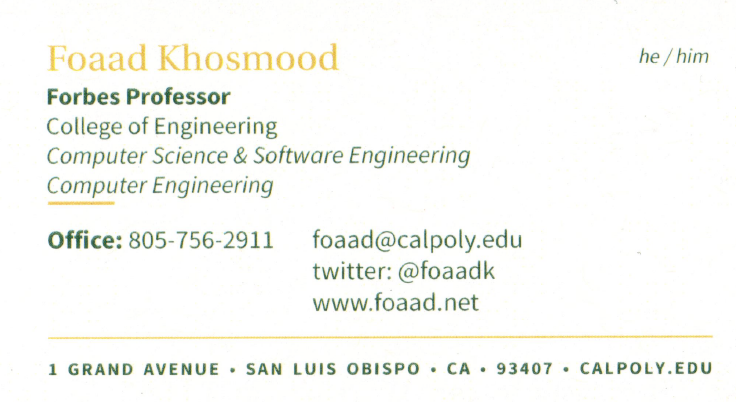